-Nissan's history goes back to the Kwaishinsha Co., an automobile factory started by Masujiro Hashimoto in Tokyo's Azabu-Hiroo district in 1911. Hashimoto was a pioneer in Japan's automotive industry at its inception and throughout its initial years of struggle.

-Before the Datsun brand name came into being, an automobile named the DAT car was built in 1914.. The DAT corporation had been selling full size cars to Japanese consumers under the DAT name since 1914.

-The firm was renamed Kwaishinsha Motorcar Co. in 1918, seven years after their establishment and again, in 1925, to DAT Motorcar Co.....

-In 1928, Yoshisuke Aikawa founded the holding company Nippon Sangyo (Japan Industries or Nippon Industries). "-The name 'Nissan' originated during the 1930s as an abbreviation"[4] used on the Tokyo stock market for Nippon Sangyo....

-Jidosha-Seizo Kabushiki-Kaisha ("Automobile Manufacturing Co., Ltd." in English) was established on December 26, 1933, taking over all the operations for manufacturing Datsuns from the automobile division of Tobata Casting Co., Ltd., and its company name was changed to Nissan Motor Co., Ltd. on June 1, 1934
Nissan logo:

-The first small-size Datsun passenger car rolled off the assembly line at the Yokohama Plant in April 1935, and vehicle exports to Australia were also launched that same year. 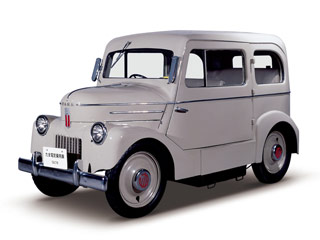 -Nissan built trucks, airplanes, and engines for the Japanese military. Nissan built the first Patrols in the 1950s, and were designed for various purposes, mainly military.
Nissan Patrol: -The Nissan Silvia CSP311 made its public debut at the Tokyo Motor Show in September 1964. Nissan engaged the services of a German designer by the name of Count Albrect Graf Goertz. His work at BMW included the gorgeous 507 convertible.

He then moved to Porsche, where he was part of the design team working on the 911.

In the 1960s he was on his way to Nissan. His first job there was to take over the Silvia project.
Prva Silvia, predhodnik naših Silvij in 200SXov: -In 1966, Nissan merged with the Prince Motor Company, bringing into its range more upmarket cars, including the Skyline and Gloria....
Infinitijev "očka", Prince:

-Z-car usually refers to a series of sports cars manufactured by Nissan Motors Ltd.. Sales started in Oct. of 1969...Even with their good looks, reliability, and strong performance, they have been remarkably affordable automobiles. The Nissan Z cars also currently hold the record of best selling sports car series of all time with around 1,685,000 in five generations.
Z logo, znan že od začetka:

-by 1970 Nissan had become one of the world's largest exporters of automobiles.

-The Datsun brand was discontinued in March 1986. The Datsun name is most famous for the sports cars referred to as the Fairlady roadsters and later the Fairlady (240Z) coupes....
Fairlady:

-In 1985, Nissan created a tuning division, NISMO, for competition and performance development of such cars.
Nismo logo:

-Nissan Micra K11 won the European Car of the Year award for 1993 (the first Japanese car to do so) and the Good Design Award (a Trade and Industry Design award in Japan) along with the Car of the Year Japan award in 1993. 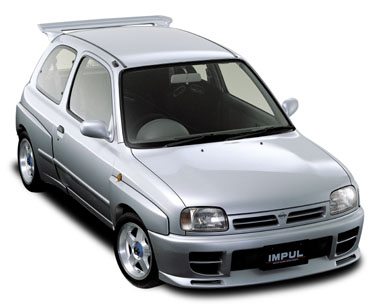 -In 1999, with Nissan facing severe financial difficulties, Nissan entered an alliance with Renault S.A. of France. The Renault-Nissan Alliance is a unique group of two global companies linked by cross-shareholding, with Renault holding 44.3% of Nissan shares, while Nissan holds 15% of (non-voting) Renaultshares.
Renault Nissan povezava:

-Under president Ghosn's "Nissan Revival Plan" (NRP), the company has rebounded in what many leading economists consider to be one of the most spectacular corporate turnarounds in history, catapulting Nissan to record profits and a dramatic revitalization of both its Nissan and Infiniti model line-ups. Ghosn and the Nissan turnaround were featured in Japanese manga and popular culture.
Na sliki je Super Carlos ob svojem "otroku" novem GTRu in v manga stripu:

-Nissan is among the top three Asian (also known as the Japanese Big 3 Automakers) rivals of the "Big Three" in the U.S. Currently they are the third largest Japanese car manufacturer (Toyota, Honda, Nissan). It also manufactures the Infiniti luxury brand.
Infiniti logo: